REIV President Robyn Waters said that despite low confidence, sluggish auction clearance rates and a 20 per cent reduction in residential property sales in the past 12 months, vendors are still getting good prices for their homes when they do sell.

“It might take you a bit longer to sell and you might have to put in a bit more effort, but the big picture is showing that house prices have increased slightly in Melbourne over the past 12 months,” Ms Waters said.

“Confidence is a major factor in the property market and this latest REIV data is showing that the market overall is steady, coming off an increase in the median house price of 13.2 per cent in 2017 which could not be sustained.

“The top 20 star suburbs of 2018 were all in the outer ring with most located in the expanding south east and Mornington Peninsula/Bayside areas; new transport infrastructure including Skyrail and the Monash Freeway widening are likely to have been a factor in this growth.”

The December quarter saw a drop in Metropolitan Melbourne’s median house price of 3.7 per cent to $796,500 while Regional Victoria’s went up by 2.5 per cent. Ms Waters said properties are being tightly held in Inner Melbourne as vendors wait out this period while the markets in Outer Melbourne and Regional Victoria are stronger as buyers are inclined to snap up more affordable options.

“There is no doubt that the banks’ tighter lending conditions are contributing to this trend as are incentives for first homebuyers which encourage the purchase of affordable properties, more likely to be found in Outer Melbourne or Regional Victoria,” Ms Waters said.

“That said, there were a few inner suburbs – Malvern East, Thornbury and Hawthorn - that fared well in the last quarter of 2018 thanks to an increase in the number and value of sales from the September quarter. This is a good indication that confidence is starting to pick up in the prestige areas.

“The REIV expects Victoria’s property market to remain steady in the first half of 2019 as we await the outcome of the banking Royal Commission and Federal Election but things should begin to look up again in the second half of the year.”

Regional Victoria’s property market was the star performer in the 2018 calendar year, with a 5.5 per cent annual increase in the median house price to $400,000 (up from $379,000) and annual increases of more than 20 per cent in the top five towns.

“The 2.5 per cent increase in the median house price for the December quarter was the second strongest for the year, in contrast to Metropolitan Melbourne which had its weakest quarter,” Ms Waters said.

“Our latest data showed some surprise quarterly increases in inland Victoria with Golden Point, Irymple and Daylesford all achieving an uplift of more than nine per cent.”

REIV property data is the most accurate and up-to-date in Victoria, collated and submitted directly by those working at the coalface.

As the State’s peak body for real estate agents, with around 80 per cent of agencies being valued members, the REIV is uniquely placed to access this raw data which is not subject to interpretation, speculation, assumptions or third-party sources. 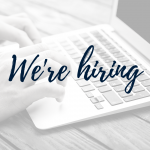 Career in real estate? APPLICATIONS HAVE NOW CLOSED. We are looking for a person wanting a career… 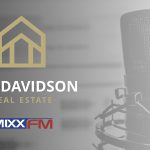 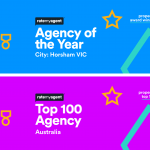 RateMyAgent 2019 Agent of the Year Awards Wes Davidson Real Estate wins Agency Of The Year (Horsham) & Top 100… We value your rental! Our property managers are full-time employees. We limit the number of rentals we…